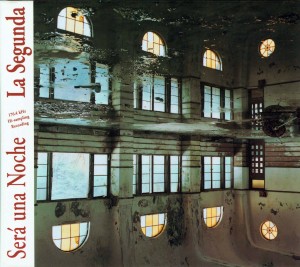 My favorite record label today is MA Recordings, a tiny outfit run by Todd Garfinkle. Garfinkle spent most of the last 25 years living in Japan, where a lot of people care a lot about sound quality. You can’t get any better quality recordings than those released by MA. Garfinkle is a musician himself, and he uses only two microphones to capture a performance, no matter how many musicians or sources. The recordings are done on state of the art, super high resolution recorders- digitally. Todd has incredible taste in music, and travels the world finding very interesting, obscure acts to record- a Gypsy troupe that ordinarily plays the Paris Metro, medieval string ensembles, Moorish music from Andalucia, a Chinese pipa virtuoso, and many others. They are almost all recorded in very reverberent spaces, and capture not just the music but the space in which the music unfolds, a topic for another blog post (soon). My favorite has always been a group from Argentina, inspired but not confined by the Tango tradition, and recorded in an old church in the Pampas outside of Buenos Aires.

MA Recordings come on CD and SACD, which makes sense- they were digitally recorded in the first place. But that favorite album, Sera Una Noche, was Todd’s only LP release in the last 20 years. It’s been out of print a long time, and I treasure the copies I own, especially since I use them as a reference when I set up turntables. The beautifully recorded acoustic instruments and vocals with their attendant decay in the space of the church are perfect for judging whether a cartridge, tonearm and turntable are doing what they should.

I usually see Todd at shows, and for years I’d harangue him about releasing more vinyl. I know he’d like to- it’s just so expensive to do at the level one would expect from the MA label. There are many ways for a great piece of music to become a bad record. The recording must be cut onto a lacquer master by an engineer who specializes in nothing else- it’s an art. If the master is not properly cut, you’re done. The lacquer must be rushed within 24 hours to the plating operation (some facilities have the mastering operation self contained, eliminating that problem) and if the plating is not well done, again, you’re done- lousy record. Finally, the record must be stamped, and there are less than a handful of plants in the US which can do this at a really high level. And even those places make mistakes. To have a small run of LP’s stamped at these houses is a bit like getting your kid into an Ivy League school, and then you want to package the LP (double LP, actually) in a heavy, beautiful gatefold sleeve, with appropriate artwork that is more than just an afterthought because it’s bigger than a postage stamp….I can understand why Todd does not produce LP’s on a regular basis.

Still, my badgering may have had some effect, because there now exists the followup, companion LP to Sera Una Noche- La Segunda (literally, The Second). Same great musicians, same great venue, even better production and music. I was really happy when I got the news of the sequel.

At last year’s NY Audio Show, Todd came over one evening with the lacquer master of La Segunda, pre pressing, to play on the big OMA Imperia system at our showroom. Remember, the lacquer master is like the father of an LP- it’s as close to the source as you can get, short of playing the master tape (which can be analog, or digital.) The lacquer can only be played a few times before it wears out (lacquer is softer than vinyl). So, this was going to be something very special. Even more so since Todd had the actual master recording of the LP with him as well (on the master recorder, no less) so we could compare the two.

He brought along a friend in the business, who represents the world’s most expensive turntable (Continuum) amongst other things. Someone with decades in the business, and experience with recording as well.

That evening Todd started with connecting the master recorder to the OMA amplification system, so we could hear the “original” recording first. That made sense- the lacquer disc is at least a generation removed from the digital original. So we would listen to that, and see how the analog version differed afterward. If you’ve never heard a master tape through a good system, it’s a memorable experience, one which tells you just how good anything will ever sound reproduced on your system.

The master file of La Segunda was shockingly good. We sat quietly after it was over, digesting. Like great wine, the “finish” or aftertaste went on and on.

Then came the lacquer. Now the turntable used (OMA Tourmaline) is a professional broadcast direct drive motor, anchored to 225 lbs of Pennsylvania slate, sitting on an air bearing vibration isolation table used for things like tunneling or scanning electron microscopes, the arm is the world’s best, with zero friction bearings because the tonearm wand is suspended in the eddy current field between two extremely powerful neodymium magnets, the cartridge costs more than any car I owned until I was 30, and so on. In short, a really good, well setup turntable. Nonetheless, it’s a turntable, and a copy no matter what the format is never supposed to sound as good as the original.

As soon as the needle hit the lead in groove of the lacquer, you knew (the industry guest told me the exact same thing later). It was all over. The master file sounded incredible, the lacquer sounded like music. It was that simple. One was superior (and only by a tiny bit) in detail, the other was organic and just flowed out from the speakers. If you were listening for detail, (and detail only, like many audiophiles) the master, digital file was better. If you listened to the music, you went for the lacquer.

So, here’s the conundrum- how can a record sound better than the original source? Simple question, yet with all the research and basic science behind both digital and analog formats, there is no easy answer. The analog recording must have LESS information on it than the digital original, unless you believe (I don’t) that the physical process of cutting the grooves adds pleasing overtones or harmonics. The only other explanation is the actual means of playback- a needle tracing a groove is ANALOG- it is the thing itself, to get Kantian, not a transliteration. Digital, however hi-res, is always an APPROXIMATION of sound, a sampling of reality every so many tens or hundreds of thousands of times a second. 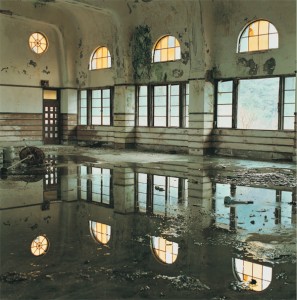 If you’re smart, you’d be wondering “How can there be a difference when the record had to be created from a digital file in the first place?” Indeed there was a DAC (digital to analog converter) between the digital recorder and the recording lathe’s amplifier, just as there was that same DAC between the La Segunda file and the OMA amplifier when we played the cuts on the OMA system.

So the key must lie not in the source material, but in the playback medium, i.e. a digital player vs. a turntable.

One anecdote that particularly impressed me concerned a psychologist, Dr. John Diamond, who used music therapy to treat (often severely) disturbed patients. The advent of the CD was a boon for him- no more interrupting therapy to flip an LP or hunt for a track by lifting a stylus. All you needed now was a remote. But something very strange happened when the doctor made the transition to digital and the CD. His patients reacted in a completely different way; the music had calmed before, now it was making the patients agitated or even violent. Even though the music was often EXACTLY the same. The doctor found CD pressings of the same LP’s he was using- same piece of music, same conductor, same musicians, same label, same everything, except one was analog, the other digital. The doctor returned his practice to vinyl, but now he was extremely interested to know what was going on with this new digital technology underlying the CD. He wrote a paper on his findings, which he presented at an AES convention (Audio Engineering Society, the worldwide professional body behind audio reproduction) and found himself shown the door, his work castigated.

Besides the inescapable conclusion that some mentally disturbed people are better listeners than the majority of audiophiles, this episode points to the extreme sensitivity of the human ear and human brain (let’s consider them together for the time being.) A recent study at Rockefeller University in New York City by Oppenheim and Magnasco, showed that the limits of human hearing predicted by science (specifically, a theorem known as the Fourier Uncertainty Principle) was wrong.

“For the first time, physicists have found that humans can discriminate a sound’s frequency (related to a note’s pitch) and timing (whether a note comes before or after another note) more than 10 times better than the limit imposed by the Fourier uncertainty principle.”

Judging by the fact that your sense of sight while watching a movie is fooled by just 24 frames per second into perceiving motion, your hearing is far, far superior in analyzing and differentiating aural phenomenon in time. You are hearing and analyzing sound many thousands of times a second, and can do so far beyond that rate. The Fourier Uncertainty Principle predicts the limits of those abilities, based on linear assumptions about sound and your ear/brain, but the beauty of the ear is that it is a non linear device, with all these strange hairs in spiral forms that pick up sound not like a computer or a theorem, but like a human ear. In other words, better than anyone thought.

When digital was introduced; at a really crap sampling rate of 16 bits and 44Khz, with no shame it was touted as “Perfect Sound Forever” ™. Of course it was neither, as today those first CD’s are self destructing, and early digital sound was not a pretty thing. Today, we have the possibility of much higher sampling rates (if you want them, and worse options with MP3 and other compressed files too) and Todd’s recorder was working in the megahertz range. So the digital file we heard that night was robust; no problems there. The issue in this case is the way in which digital is played back via speakers or headphones.

Most engineers who create the equipment we use for digital are very proud of the ever improving measurements and specifications for their product. I’ve read numerous interviews with famous designers, like Weiss (no relation) in Switzerland, where they brag they never use listening (to their equipment) as a part of the design process. It’s all done by measurements. and in fact, all digital equipment always measures better than analog equipment on just about every typical yardstick, like distortion.

But as the study mentioned shows, our powers of hearing surpass the boundaries set for them by scientific theory. With digital, we are hearing (or, more precisely, not hearing) something our brains do not like as much as the same sound reproduced by earlier analog technology. Since there is no reason economically to investigate why this is so (in fact, the opposite holds true) I’m not expecting any answers soon. I’ll just keep playing records, and some day the truth will out. And maybe MA Recordings can be persuaded to issue another LP?