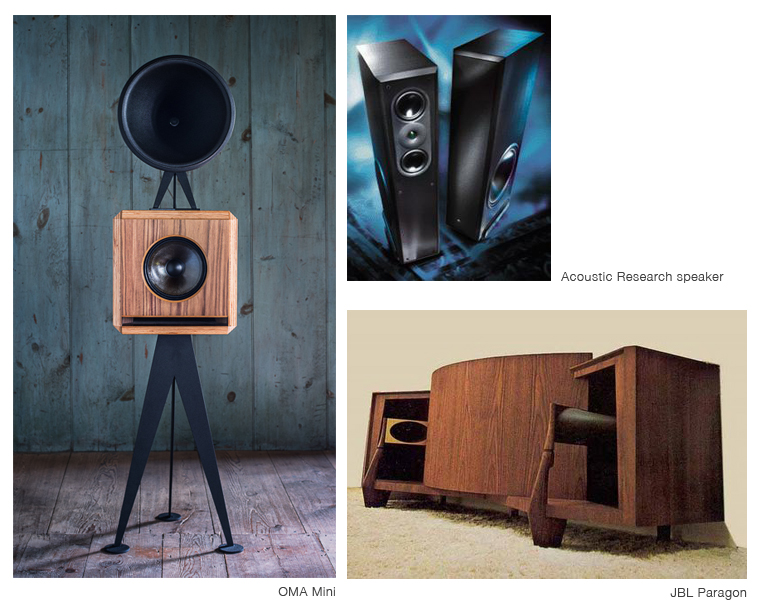 In America, I think there has always been a prejudice, a resistance, to modern design. It seems to go against the national psyche. When you drive around the suburbs and exurbs, it’s almost impossible to find a “modern” house- new houses, or even just post WWII homes, are virtually all traditional in style and construction. Even in New York City, creative, well done architecture is a rarity. Most buildings are just ugly brick boxes. I’m not going to even get into the aesthetics of the American mall, strip or enclosed. The best that even Frank Gehry could do was wrap his mall (Santa Monica) in chain link fence. Sad.

Behind the bleak aesthetic landscape I suspect there lurks a suspicion that good design costs a lot more, and why spend the extra money when a house is just a house, a chair a chair, and so on?

I always found Europe very different in this regard- far more attention paid to the beauty of not just buildings, but the things inside. Better, more well thought out interior design in general, a higher overall level of design awareness.

This is changing, of course, and companies like Apple have brought a much higher ethos and aesthetic to the design of things which we know are going to be disposed of even after only a relatively short period of use. That’s a big change.

The world of high end audio equipment is, like the American house, a design wasteland.  Even the European segment of the industry manages, overall, offerings of only slightly improved styling. In short, the high end audio industry makes unattractive things that only audiophiles desire. And then the industry complains that the general public overlooks audio in its lust for high end cars, watches, fashion, and now art.

When we started OMA, I realized we had to take a totally different approach to audio. From the audio engineering standpoint, we would go back to a point in history where quality of sound diverged from the demand for smaller, cheaper technology for the mass market. And because our products would be much larger, I knew that they would have to be beautifully designed, because otherwise no one would want them.

Since OMA is concerned first and foremost with the quality of sound reproduction of our equipment, there should be a perfect congruence between what we make and what audiophiles want, right? Audiophiles by definition are supposed to care only about audio, about sound reproduction (and music, one hopes.) If it were only so simple….

It’s helpful to understand some of the history of the industry, and how home audio became a mass market business.

Audiophiles expect to see a box when they look at a speaker. Ever since Edgar Villichur, who founded Audio Research, invented the modern small monitor or bookshelf speaker, (the AR1 back in 1954, adding a dome tweeter which he also invented in 1958), we’ve been looking at the same design repeated endlessly. The sound can be better or worse, the box bigger or smaller, the number of drivers two or twelve, but the design has not changed. Materials got more high tech (also cheap, with most boxes made from MDF, which is nothing more than compressed sawdust) as did drivers, and more finish options became available, but, a box is a box is a box.

When audiophiles look at OMA speakers, they don’t see a box. Even if we use a box, as in the Mini speaker, which does have a square box enclosing the woofer, the speaker does not look like a box. This is a (big) problem for audiophiles, evidently. I don’t have to guess about this, I’ve been told so. I’ve had industry veterans with decades of experience selling high end speakers tell me straight out that OMA makes the best sounding speakers they have ever heard, and that their audiophile customers don’t care. Their audiophile customers don’t want OMA speakers, because OMA speakers don’t look like a box. They look weird, especially so if your house is furnished in Ethan Allan or LazyBoy. People have actually said to me, “Love the sound, can’t have those in my living room.”

Audiophiles want ugly speakers. Really. This sounds almost funny. Why would you want something that’s ugly?

The reason is very simple. If it’s ugly, you think–it must be good. No one in their right mind would pay $100,000 plus for a box with some cones in it, an unattractive thing at best, unless it was GOOD at doing what it does. Conversely, a speaker which is beautiful, or at least one where a great deal of work is evident in its industrial design, is not to be trusted. That speaker is, in the mind of the audiophile, trying too hard, like a woman all gussied up, hair, cosmetics and clothes all concealing another reality. Could not possibly sound as good as it looks, to be blunt about it.

It wasn’t always this way. In fact, it was pretty much the opposite fifty years ago. Before that AR monitor speaker, owning a really (sonically) impressive horn speaker was the ultimate. And those speakers, made by companies like JBL, Voight, Klipsch, Electrovoice, et al., were often very beautifully designed as pieces of furniture, a trend almost entirely absent today. Speakers such as the Paragon, Metregon and Hartsfield would not be out of place in the Museum of Modern Art, or any contemporary interior design magazine. Most audiophiles have never even heard of these speakers, let alone listened to one.

Back to OMA, I’ve always tried to explain to people who ask how we design things, that the design process starts (and ends) with the acoustic engineering. We begin by modeling a prospective speaker based on what we want it to do- how big must the horn or horns be to accomplish their task? How will lower frequencies be handled, and how low will we go? This process is devoid of any aesthetic considerations, it’s pure engineering. Later, our industrial designer, David D’Imperio, works with us to maintain the engineering integrity of the design while making it look like something you want in the middle of your living room, not hiding in the corners.

The high end audio industry has been successful at convincing a very small audience that they should want things that are baffling to everyone else. To reverse the downward spiral that describes the high end industry today requires a rethinking of both its audio engineering and its industrial design.