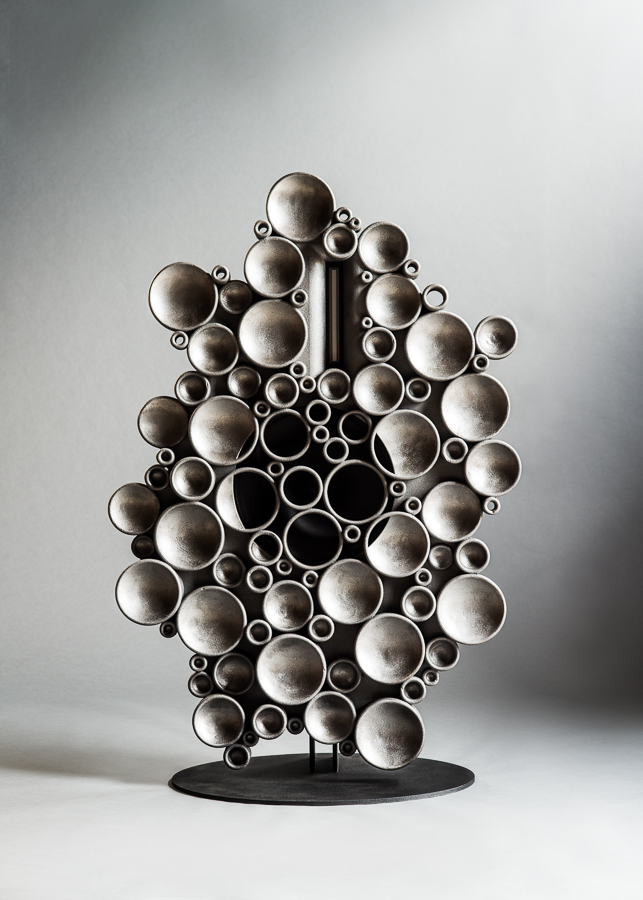 I was reading an essay by the sculptor Donald Judd recently, in which he talked about art and furniture. He made both, also some architecture. I’m not a fan of Minimalism, of which Judd was a founding father-it’s always struck me as somewhat Fundamentalist. But Judd was honest and straightforward, as you can imagine from his art, and he tackled a very difficult subject, one which has become even more important today than when Judd wrote 30 years ago. He asked, what is the relation between art and furniture, between high art and household objects, design, and also architecture? As art has become ever more important as our highest, near mystical value in Western societies, there is a tendency to use art to market anything and everything. Stella Artois and Heineken billboards tout the Art of Beer and Beer as Art; the nonsense has become pervasive. Most people have no idea what art is, they just know it’s important and expensive, which makes it ideal for marketing anything.

Judd talks about how he was asked to make a coffee table, and so he took a sculpture which might resemble (to some people) a coffee table and tried to modify it to actually be a coffee table. The result was a failure, as he put it, which “debased the work and produced a bad table which I later threw away.” In trying to figure out why this happened, Judd concluded that the ”configuration and the scale of art cannot be transposed into furniture and architecture.” Judd also noted that the intent of art is nothing at all like the intent behind making a chair or a table. These are functional objects, and art is not functional, its intent lies elsewhere. Judd points out that without that functionality being central to the chair, it becomes ridiculous…. a ridiculous art object pretending to be a chair. We see that kind of thing a lot nowadays.

For a chair to be good it has to be good as a chair, a functional chair, which seems obvious. But if it really is good, it will start to have the feel of art itself- a very interesting and true conclusion of Judd’s. In other words, you can’t start off trying to make an  “art chair” and make either good art or a good chair, but if you are a very good designer, you may inadvertently arrive at the “art of the chair” – by keeping art out of it.

Judd really hated virtually all the chairs made in the 20th century, pointing out that they fell into two camps- historical copies of overstuffed 19th century furniture, à la Victorianism, and a debased kind of pseudo modernism which was really just a thinly disguised “sentimentalizing of the machine.” WIth the former, you were buying into a style which you hope projects a higher social class than you actually inhabit, with the latter, you project your desires into a future which you don’t actually inhabit either. Both camps reveal a basic dishonesty about (your) reality.

So, you may wonder, what does this have to do with audio? A lot, actually. Because audio design is much like furniture, in that the relationships between form and function are easily convoluted. We live with these things in our homes, surrounded by other domestic furnishings. Because of that, we project the same codes that inform our furniture onto our audio equipment. Yet we like to think the form of something like a loudspeaker, follows from its function.That is not necessarily so. Virtually all box type speakers have made terrible engineering (read-function) compromises to fit the expectations of what the manufacturers think the consumer wants. They then try and decorate and fancify these boxes so they blend into the disaster that is most modern domestic interiors. The fact that sound comes out of these boxes at all is really just an alibi for their form. In fact, many loudspeakers are placed in ceilings and walls in affluent homes, where they exist (barely) only as function. The form is simply gone. This gets around the issue of how to deal with the loudspeaker as an object, at least until you have to listen to it coming out of the ceiling.

I thought Judd’s essay very useful to understanding a new OMA speaker, which will certainly be accused or confused with being art, not a loudspeaker. When you think of a loudspeaker, people think of a box. The box thing comes from wanting to have as much bass as possible from a very small enclosure. Sound does not have to come out of a box however, nor your ceiling. Planar and electrostatic speakers don’t look like speakers at all, for example.  One type of speaker which the DIY crowd love (because it’s so easy to build) is called an open baffle. Usually it’s just a sheet of plywood with one or more speakers stuck in the middle, propped up on the floor. Sound comes out of the front of the cone driver, and also out of the back, and depending on the size of the piece of wood (baffle) there is cancellation of the low frequencies where they meet at the edges of the baffle and annul. Thus open baffles are not renowned for their bass output. But they do have something special- no box sound. Once you get rid of the box, the speaker radiates freely, and this sounds very different, often more natural and lifelike than box speakers. As I’ve noted in other entries, the audio world has a problem with size- manufacturers, and even DIY’ers (whose wives have a say) are afraid of making too big an open baffle, so they usually don’t work very well being too small, and nothing made on a sheet of plywood is going to win any beauty contests, veneer notwithstanding.

Years ago I stumbled on a cache of extremely rare 15” wide range, field coil or electrodynamic speakers (most people would just call them woofers), which came out of  1930’s Wurlitzer jukeboxes. Back then, if you wanted to have a really efficient speaker, you had to use an electro magnet, because permanent magnets did not get strong enough until after WWII (with AlNiCo.) These field coil speakers required a separate DC power source, and were quickly abandoned by the industry as being too expensive. The speakers I found were able to produce the whole range of sound found in the recordings of the day, which means not much or low bass and not much treble, but they have an amazing midrange, and are astonishingly efficient (about 104db at 100hz.) Inside the jukebox, they were mounted in an open baffle. Which is exactly how I envisioned using them 80 years later.

As I talked with our industrial designer, David D’Imperio, about how we might make an open baffle OMA speaker, adding a custom built, extremely efficient ribbon tweeter to extend the frequency range out past human hearing, we both began to ask ourselves- why make the same speaker as everyone has before?

The form of these kind of OB speakers in the past was really nothing more than a materialization of the economics of production. A flat sheet of some wood product like ply with a speaker in it is easier and cheaper to make than anything else. Which does not mean that it is more functional, say, than a plane which has multidimensional relief. In fact, such a complex, planar surface forms a far better launching pad for sound, as it diffuses and diffracts the part of the waveform which wants to wrap around the back of the speaker.

As we started to look at how this planar surface would be modulated, David asked if we had to conform to a regular, geometric pattern. It was a very good question. In fact, anyone who has been to professional recording studios has seen these odd shaped, often very sculptural looking panels on the walls and ceiling, called quadratic diffusers. Although a quadratic diffuser looks random, it actually conforms to a mathematically derived formula for breaking up sound waves (in a good way.) These quadratic diffusers are almost always made of square forms, of seemingly erratic height, because again that is the cheapest way to make them. But could you do the same thing with circular forms?

I’m not going to deny that inevitable point in the design process where you ask yourself, how the hell are we going to make something like this? Fortunately, our new friends at the cast iron foundry had a suggestion. Why not make this speaker in cast iron, of a special kind (hypo-eutectic grey iron) which is so non resonant and well damped that its used for bases for photolithography machines (to make computer chips). If there is a better material for an open baffle speaker, I can’t think of it- high mass, non resonant, well damped. We could cast our speaker, instead of assembling it out of pieces, or whittling it away out of a larger piece of something else. The problem is there is no way to make a pattern for the kind of complex form we envisioned. Again the foundry had the answer- 3D print the mold.

So we end up with an open baffle speaker made of cast iron, using one driver from the 1930’s and one ribbon driver which pushes the state of the art. It has no enclosure, is made from a material which no one has ever used before for a speaker, and has no resemblance whatsoever to anything that suggests audio, a loudspeaker, or even consumer electronics. It will look completely out of place in almost everyone’s home, because it does not try to conform with the usual codes of domestic furnishing. Yet every aspect of its design was dictated by its anticipated function, to the most minute detail. And I am very sure that we will be accused of making speaker art, when all we are really after is the art of sound.