People often ask me what makes the most difference for the sound in a high end audio system- is it the speakers, the amplifier, vinyl vs. digital?

I always say that everything matters, though it does not matter in the same amount or in the same way. And sometimes I’m amazed myself how something that seems very small or inconsequential can make a real difference in the sound of a big, complicated, and often very expensive system.

I recently had the opportunity to try a new phono cartridge made by the Japanese man responsible for the Miyajima Lab line of cartridges which OMA represents. This cartridge was essentially the same as the top of the line Kansui cartridge which I use to demonstrate our best systems at our NYC showroom .  The only difference with this new cartridge, called the Madake, was a tiny piece of bamboo.

Cartridges virtually all use a little stick of something metal or crystalline (aluminum, boron, titanium, ruby or sapphire or diamond), called the cantilever to which the tiny, pointy bit of diamond, called the stylus, is attached. Think of it like a piece of broomstick with a nail pounded through one end. You drag the nail end through the groove of an lp and sound comes out, which is a rather miraculous feat if you cogitate on the simplicity of it all.

Madake is a highly prized species of bamboo grown in Japan (although it does grow elsewhere) and  is used for things like Shakuhachi, the Zen bamboo flute. Miyajima San wondered whether substituting a tiny sliver of bamboo for the aluminum he usually uses for the “broomstick” or cantilever in his other cartridges might damp the resonances which flow from the stylus through the cantilever and into the audio system as a whole. Thank you Mr. Miyajimafor thinking like this.

The Madake cartridge, with its bamboo cantilever, sounds so much better, it’s really hard to fathom. All because of a piece of bamboo barely visible to the naked eye. Everything counts, and in small amounts. 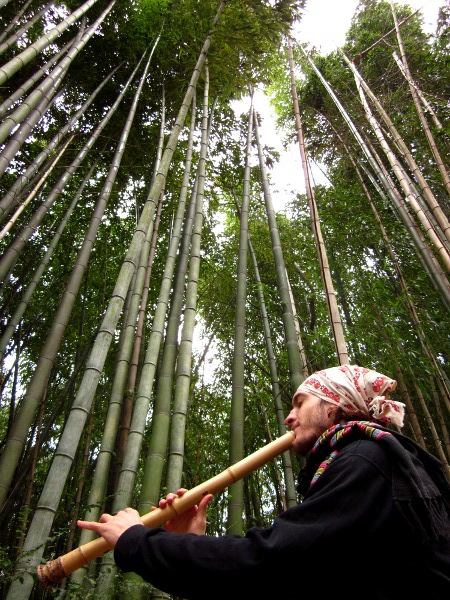